Consolidated Heliflight, Inc. was organized in 1981. The original intent for the company was the repair and maintenance of its own fleet of helicopters and others in the rotorwing community. The customer base included Commercial Operators, various branches of the United States Armed Services, and Civil Government entities operating a variety of rotorwing aircraft.

In 1986, it was decided to focus exclusively on the overhaul and repair of the P&WC PT6T power section and reduction gearbox business. Up to 1993, Consolidated Heliflight had successfully repaired, overhauled, and tested over 2,000 P&WC PT6T Power Sections and Combining Gearboxes.

In 1993, services were expanded to overhaul and repair most models of the P&WC PT6A Turboprop Engines in addition to the PT6T models. Proceeding cautiously with this new product line while overhauling a few engines each year until 1998 when a decision was made to expand the facility and dedicate more effort toward turboprop engines. PT6A repairs and overhauls quickly accounted for over 50 percent of the annual overhaul and repair production at the facility in Stroud, Oklahoma. 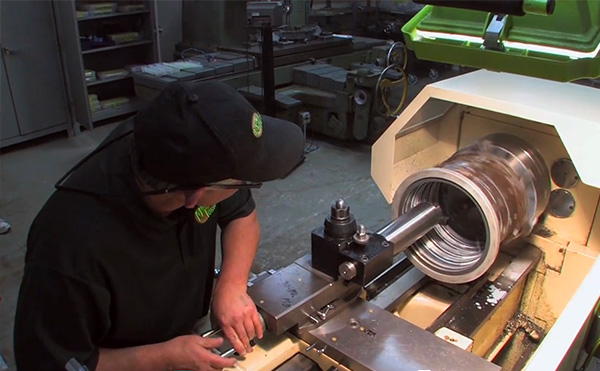 Northstar Aerospace, TESG continued to operate as an independent facility, providing a level of excellence in repairs, overhauls, and field service that was unequaled anywhere in the industry. “Many of our customers have been with us since the beginning and the majority of them are repeat customers to this day”. These results were achieved by directing all efforts and resources toward efficient, high quality production and outstanding customer service.

In late 2008 Northstar Aerospace decided to divest itself of the Turbine Engine Services Group in order to concentrate on its core business of manufacturing and so began the bidding to sell the TESG asset.

In May of 2009 a successful bidder was declared and the assets were transferred to M International. The former TESG was rebranded as Mint Turbines LLC, and officially began operations May 28th, 2009 as a newly Certificated FAA Part 145 Repair Station.

Mint Turbines LLC is continuing operations as an independent turbine engine maintenance, repair and overhaul facility located in Stroud, Oklahoma and building on the already excellent reputation of the former company. The repair station is authorized by the FAA for the repair and overhaul of the PT6A and PT6T turbine engines manufactured by Pratt & Whitney Canada, including the correlation of the PT6A test cell by P&WC. The facility has nearly 70,000 square feet of factory and warehouse space. Since 1981, many thousands of engines have been successfully repaired and overhauled at this facility.

In 2009 Mint Turbines LLC added the Maintenance, Repair, and Overhaul capability of the Honeywell T53 engine series (both military and commercial), as an OEM Certified Service Center, to its extensive product line, and have continued the PT6 standard of excellence including ISO 9001:2015 and AS9110C certification — one of only a handful of MRO facilities in North America.

M International Inc, (Our Parent Company) was formed in 1979, and is a leading solutions provider of aftermarket supply-chain management services for the aerospace and defense industry.